He will have responsibility to grow the Spicerhaart business to cover every single postcode in England and Wales.

Spicerhaart’s boss Paul Smith has consistently spoken out for the high street, saying that the online model has not proved it works.

Vickerstaff was with Purplebricks for four years until March, leaving only to join another associated online brand.

Closely associated with the Bruce brothers, Vickerstaff joined Purplebricks when it launched, becoming synonymous with the brand, its ambitions and growth – and, inevitably, its ‘commisery’ advertising aimed at weaning consumers off high street agents.

In March, Vickerstaff moved across to German online estate agency brand Homeday, after Purplebricks and major shareholder Axel Springer took out a joint stake in it. Shortly after, both Bruce brothers left Purplebricks.

He joins Russell Jervis and Steve Williams in a triumvirate of three ‘chapter managing directors’.

Spicerhaart says its restructure has increased each managing director’s overall responsibilities, to include sales, lettings, land and new homes, plus financial and legal services, to give a “more cohesive” approach to each of the estate agency brands: haart, Chewton Rose, Darlows, Felicity J Lord, Haybrook, butters john bee, Brian Holt and Howards.

Vickerstaff  said: “I had grown Purplebricks nationally, then helped the team in Germany with the Homeday investment.

“Michael and Kenny Bruce, who I’d worked closely with for many years, had moved on and I was looking for a new challenge.

“I’m very excited to be joining Spicerhaart to look at new opportunities in this ever-changing estate agency space.”

CEO Paul Smith said: “We are delighted with our ‘new signing’.

“It’s unusual to get such a high calibre individual in today’s market. His knowledge and enthusiasm for agency and the future our industry is taking is admirable. Paul will help us grow our business to cover every postcode in England and Wales.”

In his spare time, Vickerstaff enjoys sport, having been a youth cricketer at Warwickshire, and is a particularly keen golfer. 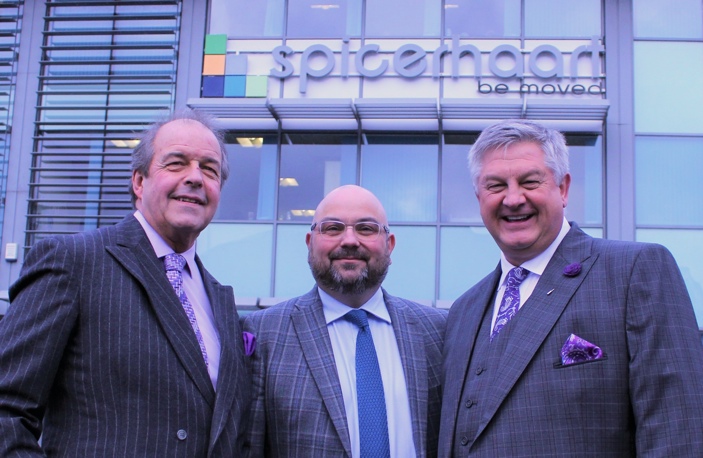