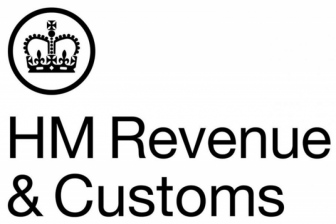 The Treasury raked in another £4.1bn in inheritance tax receipts in the months between April and October 2022, the latest figures from HMRC show.

This is £500m more than in the same period a year earlier, continuing the upward trend. These figures are revealed just days after the Autumn Statement in which it was announced that the inheritance tax threshold of £325,000 will be frozen until April 2028.

While the average bill is currently £216,000, research conducted by Wealth Club shows just that with this extended freeze combined with rampant inflation, average inheritance tax bills are conservatively estimated to reach £297,793 by 2025-26 and £336,605 by 2027-28.

The move will raise an additional £1bn for the government, it is estimated.

Furthermore, as the amount you are allowed to gift has not increased with inflation, the opportunity for people to reduce what their estate pays in inheritance tax has been reduced.

Alex Davies, CEO and founder of Wealth Club said: “There has been a total U-turn on inheritance tax over the last few months. From Liz Truss raising the hopes of the nation with a cut back in September, and now Jeremy Hunt announcing the extension of the freeze until 2028. This is another stealth tax and the case of the boiling frog is apt. The treasury hopes by leaving rates and allowances unchanged, inflation can do the hard work of turning the temperature up on tax payers without them noticing.

“Contrary to what many think, inheritance tax doesn’t just affect the super-rich. It will be the thousands of hardworking families that will bear the brunt. Rampant inflation, soaring house prices and years of frozen allowances will magnify the tax take in the years ahead. More and more families are going to find themselves hit by death duties they might not expected or planned for.”

If anyone needed a reminder of the stealthy growth of inheritance tax, it is here in the form of fresh data showing rising receipts from death duties, according to Julia Rosenbloom, tax partner at Evelyn Partners.

She said: “This process will in all probability continue apace up to 2028 as fiscal drag does its work under the radar. Even with a moderation in property and investment asset prices, estates that come to probate will be sitting on years or decades of growth, thanks in large part to the hard work and prudence of the post-war generations.

“IHT has been described as a ‘voluntary’ tax in some senses, as giving away assets during lifetime is a very effective way of reducing or wiping out IHT liability. But large gifts remain part of the estate for seven years, assets must be handed over ‘without strings’, and most savers prefer to retain access to their assets in case they are needed as they grow older.

“Smaller gifts can be made that leave the estate immediately but the limits are restrictive and are subject to the same shrinkage in real terms in the face of inflation as the nil-rate band.”

How inheritance tax is calculated