There has been a huge increase in the number of claims agents are making on their professional indemnity insurance about tenancy deposits.

According to Lonsdale Insurance Brokers, which specialises in insurance for estate agents and letting agents, the most likely claim arises after a tenant blames the landlord for a deposit lodged late or incorrect prescribed information.

Typically the tenant – who may well be prompted by a no win, no fee ‘ambulance chaser’ firm – succeeds in winning three times the amount of the deposit from the landlord; the landlord then brings a claim against the agent, who in turn claims on their insurance.

In the first quarter of this year, DAC has seen 25% of its claims relating to deposits not being lodged on time.

This compares with 3% for the whole of last year.

The figures also show a consistently large proportion of agency claims over property management services and repairs – anywhere between about a quarter and half.

Claims arising out of referencing are down, and have barely moved on misdescriptions of properties.

Lonsdale says in its latest report on risks for property professionals that the industry has “faced some of the most challenging trading conditions and are likely to experience continued uncertainty and turbulent times over the next 12 months”.

The report cites GDPR, the impending letting fees ban and the forthcoming imposition of mandatory Client Money Protection insurance as risks to agents.

The report also states that under half of agents in England do not display their CMP correctly, as is already required.

Lonsdale warns that they would be liable for a fine if Trading Standards were to visit.

However, a Professional Indemnity policy does not cover fines. Instead, it responds where a claim is brought by a third party who has suffered a loss as a result of the agent’s breach.

Lonsdale’s latest report also specifically warns agents to protect their position as much as possible when they give market appraisals. They should make it clear that it is an estimate only, rather than a professional valuation. 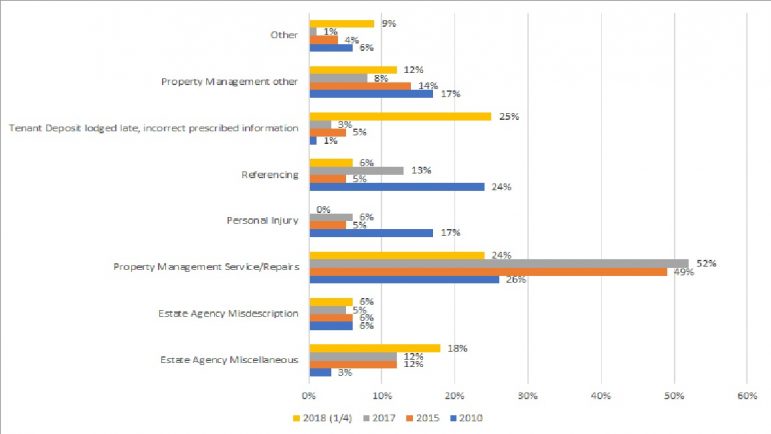