HSBC has sued Savills for negligently overvaluing a property in north-west London, which the bank says encouraged it to make risky lending decisions.

HSBC UK Bank PLC said in a High Court filing on 17 January, which has now been made public, that it wants to retrieve damages from Savills for overstating the value of a £15m property based in the St John’s Wood which was being used as loan collateral at approximately £50m.

The leasehold on the property was owned by Kite Properties Ltd., in which a trust known as Cynthia Sharp Settlement had an interest. HSBC said in its particulars of claim that it lent substantial amounts to the companies owned by the trust.

The leasehold on the property in St John’s Wood was among those used as security for the loans in a cross-collateralized arrangement, as revealed this week by Law360, a legal news service.

HSBC hired Savills from 2006 to 2017 to provide valuations on the property so that the bank could assess the security that it held for the trust companies. The value of the property also influenced whether the bank would provide further loans, according to the filing.

The particulars of claim sate: “Some of the said valuations by Savills over-stated the value of the property and were prepared negligently.

“HSBC sustained loss as a result of actions taken (or omitted) in reliance on the said negligent over-valuations of the property.”

Kite Properties purchased the leasehold on the property in 2006, which was partly funded by funds provide by HSBC. The bank took a first charge on the detached house and surrounding land.

Savills allegedly initially valued the leasehold as being worth £22m in 2006. According to the filing, the estate agent told the owner at the time that the property would be worth in the region of £69m if they secured planning consent and developed nine flats.

Savills later valued the leasehold in 2008, this time stating that the property was worth £45m.

Then, according to the law suit, the trust attempted to sell Kite’s interest in the property in 2017.

“No offer was received which was at or anywhere near the level of the valuations provided by Savills between 2010 and 2016,” the bank said in its suit. 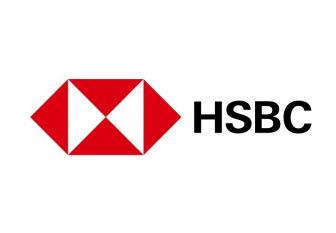 HSBC decided to instruct another valuer, Colliers, which in August 2017 “provided a valuation of Kite’s interest in the property in its then current state in the sum of £15m”.

HSBC said that Savills’ valuations were negligent. The over-valuations meant that HSBC lent money to the trust companies, which led to damages.

It is claimed that Savills did not factor in the costs involved in obtaining planning consent when it valued the property, while it focussed on the value of other properties in the local area, “which were not directly comparable”, according to the filing.

The filing states that the agent’s negligence misled the lender about the value of the security that it was holding, which encouraged it to lend too much to the trust companies.

A spokesperson for Savills told EYE: “We don’t comment on matters that are subject to legal process.”