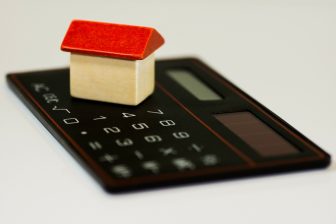 Homebuyers are now saddled with the most expensive monthly mortgage repayments since 2010, according to market analysis by Revolution Brokers.

However, the company’s research also found that today’s costs are a long way off historic highs.

According to the analysis, the average monthly repayment for a three-year fixed-rate mortgage over 25 years at 75% LTV with a 25% deposit is £948. This is £86 more expensive than last year’s average and the highest it has been since 2010 when the average payment – after being adjusted for inflation – was £972 per month.

Today’s numbers, however, are still considerably lower than 2007’s high, when the average monthly repayment stood at £1,355.

What’s more, according to Revolution Brokers, the current hike in repayment costs is not an anomaly; rather, the company said, the average repayment has – with a couple of exceptions – been rising gradually since the 2012 low point of £771 per month.

The analysis revealed a similar picture for variable-rate mortgages: today’s average monthly repayment of £1,135 is £49 higher than last year and the highest since 2008 when the average was £1,350.

However, similar to the recent history of fixed-rate mortgages, variable-rate repayments have been on an upward trajectory – with the odd anomaly – since 2011’s low of £771 per month.

Official figures released by the Bank of England this week revealed a drop in the number of UK mortgage approvals in the past month. According to Revolution Brokers, while this decline is reflective of the current economic turbulence and a drop in demand caused in part by rising mortgage costs, it is also indicative of approval rates returning to their pre-pandemic level and returning to normal after a prolonged period of boom.

“This is undoubtedly a hard time for buyers, not least those on a variable-rate mortgage,” said Almas Uddin, founding director of Revolution Brokers. “However, we do still have something to be a little thankful for and that’s the fact that current economic turmoil has not pushed mortgage costs anywhere near to the crippling highs we saw as a result of the last global financial crash.

“Furthermore, it is possible that we now have a more stable leadership in the UK which will calm some of the markets that have influenced this recent rise in mortgage costs and we have already seen mortgage rates start to reduce in recent weeks,” he added.