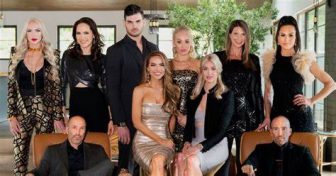 Since Selling Sunset hit our screens in March 2019, many fans of reality TV have been closely monitoring the high-flying estate agents working at the prestigious The Oppenheim Group.

Following on from the success of the first three series, it has been confirmed that the hit show is getting a spin-off on Netflix.

The Oppenheim Group expanded to Orange County recently, and the new office in Corona Del Mar will feature in the Selling The O.C. show.

Star of the show Jason Oppenheim wrote on Instagram: “I am so excited for our new show, “Selling the OC,” about my Newport Beach office and its amazing agents! Thank you @netflix @lionsgatetv @adamdivello @skylerwakil for believing in me and what we have all created together with Selling Sunset.”

The new show, which has already started filming for a 2022 release, will feature Oppenheim himself, as well as Alexandra Hall, Austin Victoria and Brandi Marshall.

It is understood Selling Sunset stars such as Mary Fitzgerald, Christine Quinn, Chrishell Stause, Davina Potratz, Maya Vander and newly married Heather El Moussa  will not appear on the spin-off.