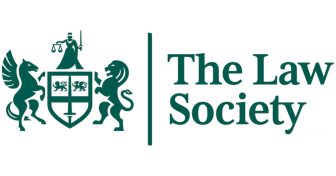 There is growing discontent in the City of London over the likely impact of the Bill of Rights Bill on the UK’s economic competitiveness, the Law Society of England and Wales said yesterday as the Lord Chancellor faced questions about the bill from the Justice Select Committee.

International businesses are drawn to markets with clear, predictable legal systems, and while the has been attractive for trade in part because our jurisdiction has provided this stability. But that could soon be about to change, according to Law Society vice president Nick Emmerson.

He is concerned that the Bill of Rights Bill contains several provisions that would create “legal confusion and uncertainty”, giving businesses pause for thought as to how these – or future changes – might affect their interests.

He commented: “Law firms and other City stakeholders tell us the bill would throw a further shroud of uncertainty over the interpretation and future application of long-established contractual provisions and arrangements, widely used in international business.

“There are instances where businesses themselves may have a claim under human rights law, in which case the bill could affect their ability to enforce their rights and receive redress.

“Businesses and financial institutions go to great lengths to reduce or eliminate uncertainty and regularly demonstrate a willingness to choose one of English law’s competitors when uncertainty levels surrounding the application of English law increase.

“Measures in the bill that would alter the relationship between the courts and Parliament are perceived by business as removing legal safeguards they use to protect their rights when dealing with the state.

“Given the extent of business dealings that involve the state in one capacity or another, anything that reduces state accountability for rights breaches would also have an impact on the UK’s attractiveness as a place to do business.

“For business, this means not only ‘big government’ but also overreach by local government and regulators.  Regulators play a major role in business and any weakening of the ability of business to deal with regulatory overreach would have a negative impact on the attractiveness of the UK to business.”

Nick Emmerson warned of the signal to business of weakening the UK’s adherence to its international agreements.

He continued: “If the Bill of Rights Bill were to pass as drafted it would give the UK Government greater latitude to diverge from its international obligations under the European Convention on Human Rights (ECHR).

“The bill could put the UK at greater risk of being found in breach of the ECHR. This would send a clear message to global businesses that the UK is a riskier place to invest and do business.”

The Bill of Rights Bill combined with plans to eliminate any ‘left-over’ EU law in the Retained EU Law Bill, could create a level of uncertainty that would be seriously damaging to the UK’s economic competitiveness, in Emmerson’s view: “City lawyers who deal extensively with foreign clients, governments, regulators and representative bodies tell us the Bill of Rights Bill is being discussed with a mixture of surprise and horror.

“The bill hands our international competitors a stick with which to beat the reputation of the UK jurisdiction and take business away.

“With the recent volatile reaction from global markets to UK government policy it is imperative they are given reassurance that the UK remains a secure and stable place to do business, including by rethinking wholesale the Bill of Rights Bill.”