Elusive portal Houser has been the subject of a complaint to the advertising watchdog.

The website featured a five-bedroom detached house for sale in Romsey, Hampshire, which was described as available and priced at £1,050,000.

The listing was seen on January 19 this year, but the complainant said that the photographs, description and price related to when the property was previously on the market in 2016.

The ASA tried to trace “person(s) unknown trading as Houser” but had no response.

The ASA noted that there was no registered legal entity behind the website, which gave a postal address in Romford, Essex.

The web-hosting service, Fasthosts Internet, also agreed to pass on the ASA’s correspondence.

The ASA said it was concerned by Houser’s lack of response.

It ruled that the listing of the property was a misleading advertisement and said it must not appear again.

However, a property fitting the description of the Romsey house is still apparently on the website which says that it was added in May 2016.

The house appears with a number of other properties in and around Romsey, listed by a range of different agents. Under the listings appears the message: “When you call don’t forget to mention Houser.co.uk”

Houser sprang to prominence in January 2015, flagging itself as “the one no one saw coming” – apparently trying to take the focus off the then impending launch of OnTheMarket and hailing itself as the portal that would challenge Rightmove and Zoopla.

It also said it had bought the assets of failed property portal NeedaProperty.

However, many agents were furious that their properties were being listed without their consent and demanded that they be removed.

The man behind Houser, founder Rocky Mirza, hosted a curious looking press conference at launch in the Hilton hotel, London, as pictured below. 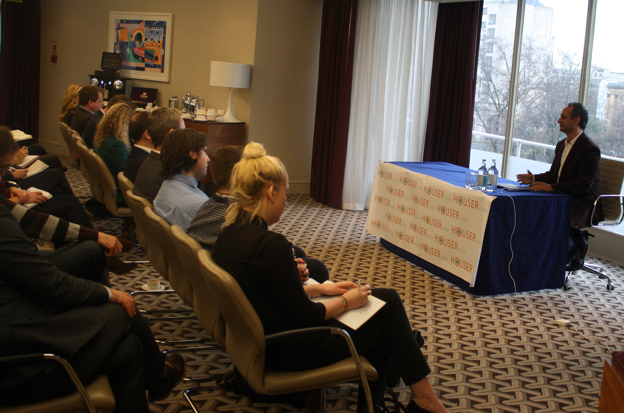 EYE was in contact with him at around the time of the launch and the debacle that followed it, and this week once again approached Mirza for comment, again without success.

Today’s published rebuke by the ASA is not the first time that Houser has been reported to it, again because of an out-of-date property listing.