London agent Benham and Reeves has warned of an increasing level of fraudulent rental applications.

Using data from their referencing agency, LetRef, the agent found an average of six fraudulent applications a month in 2018, using either fake bank statements and fake or cloned employers to pass the referencing stage.

So far this year, this has already hit an average of 13 per month – a 117% increase each month.

The number of fraudulent cases increased to 16 in June, the same month the tenant fees ban was introduced, the agent said.

Marc von Grundherr, director of Benham and Reeves, said the problem goes beyond fake bank statements and said the firm has seen an increase in the number of fake passports being used by fraudsters.

In 2018, there were a total of five cases using fake passports, while in the first five months of this year alone, there have been 11 cases of fake passports being used.

He said: “This surge in fake applications is a very worrying statistic for a rental market that is already straining under the current requirements of ‘generation rent’ and this increase demonstrates the importance of using a bonafide referencing company, where staff have been given specialist training from the National Crime Agency on recognising fraudulent documents.

“Unfortunately, the majority of referencing companies do not even collect ID and proof of address, and conduct referencing as a sideline, in order to up-sell other services and earn commission.

“Letting agents using one of these companies or making checks themselves are highly likely to end up with these fraudulent chancers flying in under the radar and into a rental property.”

In this real life example, a fraudulent application was received from a male applicant, who it transpired was actually part of a serious criminal case.

The applicant appeared on the electoral roll and had been renting properties fraudulently through other agencies for years.

He stated he worked for a company which does exist, but a cloned website was set up with a similar domain name. 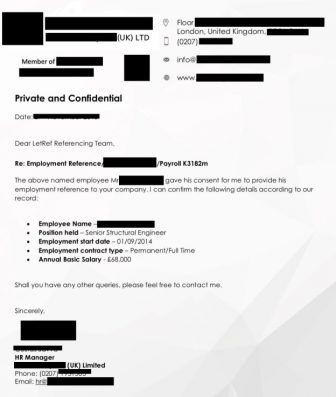 He was discovered due to thorough checks on all the domain names and referees involved and tracking down the real employment referee through internet searches, who confirmed that all the reference info received was fake.

The bank statement and passport, which previously passed an anti-money laundering check, were very good fakes. However, it was confirmed as a forgery and one created specifically for renting illegally.

The landlord reference received was also fake and the name was recognised from another fraudulent case. 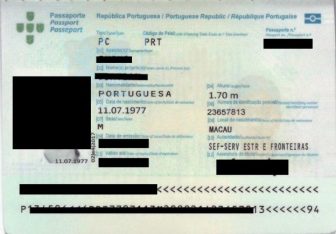 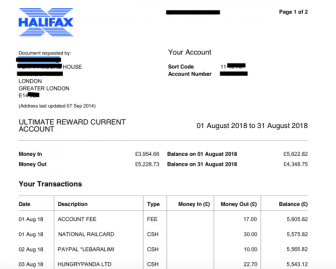