Former NAEA president Mark Bentley has spoken of his belief that newly launched eXp will become a force to be reckoned with in UK estate agency.

eXp is an American brand – with 24,000 agents worldwide – being launched in this country by Adam Day who, after nine years in high street agency, founded online agency Hatched and went on to work at easyProperty and Emoov.

Bentley has always worked in traditional high street firms – but as he points out, “all agents are now online”.

During a distinguished 40-year career, his longest association was with midlands agent Paul Carr, where he spent 22 years, stepping away when he became Propertymark President.

With his presidential year over, he still does occasional project work for the firm through his own consultancy, but is now looking forward to his next challenge –becoming an eXp agent in the New Year. He says this is due to requests from past clients and friends to offer full estate agency services through his consultancy.

Bentley is already working as a consultant for the network, advising the 60 or so agents who have already signed up to it.

As an agent himself, his new business will be twin-branded – Mark Bentley Estate Agent powered by eXp.

All the eXp agents will be branded similarly.

Bentley says it is this branding which will make the new eXp agents stand out in their marketplaces: it will be down to the individuals to promote their services, offering customers their own reputations and know-how.

Bentley says he had a number of choices to consider as his presidential year came to an end. He was approached by local high street firms in the midlands, and he also looked at various hub models.

However, he says: “Although I can see their pluses, I am not convinced that agents are ready to give up all the support services of a traditional branch network to go and work on their own, self-employed, from a hub.”

How will eXp be different? Because, he says, it unites agents under its brand, marketing and software systems.

“It puts the agents first and they are able to charge a proper fee and provide their clients with a much more individual, personal and arguably higher level of service than even high street agents are able to offer,” says Bentley.

The agents ‘meet’ regularly, for support and network, in a virtual campus environment. Agents do not have to pay towards the cost of a brick and mortar office. They can run their business from their home office.

He was attracted to eXp after a couple of visits to the States, in his presidential capacity, where he saw the brand in operation and what he describes as the buzz it generated.

How will this transfer to the UK, given that US estate agency brands have generally struggled to gain traction here? (To be fair, the vice versa case is equally true – UK brands have also struggled in America.)

Bentley acknowledges this could be a problem, and says that agents from US brand Keller Williams are among the recruits to eXp (as are former Purplebricks agents).

However, he says that eXp is sufficiently different to succeed and is ensuring that it fits with UK process, terms and software, etc. It is also, he says, an attractive model to agents, charging a one-off £150 admin fee, plus £150 to £200 a month. After that, agents keep a minimum 70% of their commission.

Other attractions, he says, are that eXp agents get work-life balance; there are no targets, because the agents set their own; and all receive shares in the company.

So, is eXp a franchise? An online agent? A series of local operations?

“We’re not a franchise,” he says. “Agents are not buying into a name as they are, for example, with Hunters, because it’s very much their own name they are investing in, powered by eXp UK

“I would describe the model as a genuine hybrid which combines the best of the high street with the best of technology. I do see it as the future.” 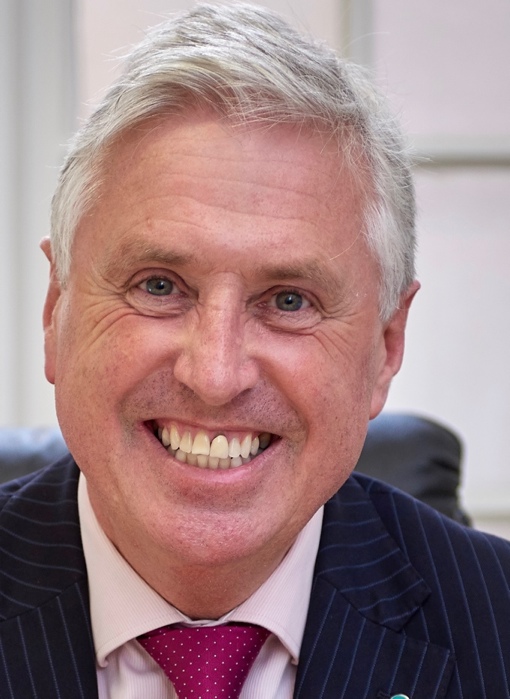