A couple who switched from estate agency to property recruitment have made £1m in fees over the past three and a half years.

Guy and Pascale Hodge are the first £1m franchisees in the Rayner Personnel group.

Guy Hodge was an estate agent for over 35 years, and ran his own firm, Lords, in Kingston, Surrey, for much of that time.

His wife Pascale was also at Lords as a director, primarily focusing on human resources.

Guy Hodge, who ran 22 offices across the south-east in his corporate days and employed over 50 at his own agency, said: “I know at first hand just how bad it is when you get sent poor, inappropriate candidates for a job.

“Finding top quality people was probably one of my most important jobs.

“Retaining staff is important too – making the working environment engaging, pleasant and enjoyable.

“As recruiters, we make it our objective to find people who will be in the role for as long as possible.”

The couple say that key to their success is that their entire team is staffed by ex-estate and letting agents, who interview every candidate personally and know exactly what their clients are looking for.

Hodge said that his skills as an estate agent have proved transferable: “I was actually a recruitment consultant throughout my time as an estate agency MD. What I hadn’t realised was that I could use the same skills to carve a new career and build a £1m business with my family.” 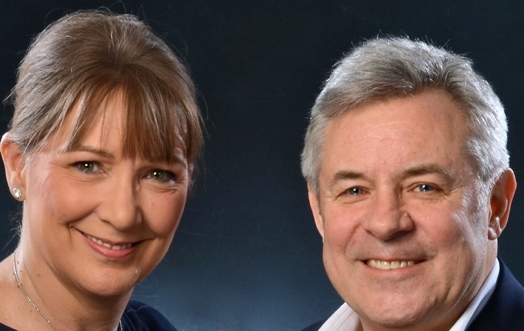