Paul Shamplina, founder of Landlord Action, warns that county courts are facing an ‘eviction avalanche’ when the ban on bailiff-led evictions comes to an end on 31 May. 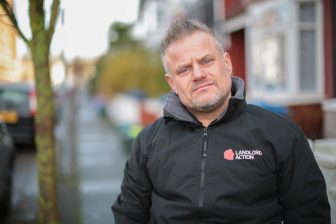 According to Shamplina, with the exception of last year, the number of evictions has been steadily falling, since its peak in 2015, by an average of 8% a year.

But due to Covid-19 and the subsequent ban on evictions, just 7,451 took place, of which 6,903 were carried out between January and March 2020, prior to the national lockdown.

Paul Shamplina, founder of Landlord Action, said “Unfortunately, we now have a situation where cases are backed up, new cases are arising all the time and the scale of the issue is impossible to predict because so many are still being cushioned by support such as furlough, business grants and/or mortgage holidays. When this package of measures comes to an end, and without government support to help tenants pay back accumulated arrears, I fear we could be heading for an eviction avalanche.”

According to Landlord Action, prior to the pandemic, cases with six months’ rent arrears were quite rare as the process to evict was much quicker and would usually be carried out prior to arrears reaching such levels. Now, more than 60% of new instructions to Landlord Action have six months’ rent arrears, meaning all of these cases will meet the exemption criteria and require court action.

Of course, not all cases result in an eviction. Often disputes are resolved at some point during the process after a landlord makes a claim, either by tenants moving out, paying the rent they owe or coming to another agreement with the landlord. However, all of these cases must also be processed by County Courts.

“Thousands of landlords have got court orders outstanding from a year ago and warrants due to expire, leaving them having to reapply to the courts. We don’t yet know if these landlords will be at the front or the back of the queue,” said Shamplina.

In 2019, an eviction (from getting an order issued at court to gaining possession) would take on average 44.5² weeks to complete via County Court.  This followed a decade in which half of courts across England and Wales were closed. Today, there are just 178 County Courts open and 294 County Court Bailiffs.

Daren Simcox, chairman of court enforcement services, says that the average time to evict could take a further six months on top of the existing time. He believes landlords should be given the option to pay for a High Court enforcement officer to carry out their eviction, rather than having to wait for the County Court to transfer cases up to the High Court, as is currently the process

He commented: “County Courts are starting to grant leave to enforce Orders for Possession under the exemptions from the Stay, specifically the exemption citing “substantial rent arrears” [qualified as six months or greater in arrears value].  However, the overall picture in County Courts in terms of evictions is concerning. There is already a chronic shortage of County Court Bailiffs and now, in addition to their daily workload, they will be expected to carry out evictions which could not take place last year.

“A backlog of this size is going to take months. This means that landlords could find they are granted a Warrant of Possession but then have to wait weeks and weeks to enforce the eviction. If Courts are satisfied that cases have met the exemptions, landlords should be given the option to wait for a County Court Bailiff or pay to use High Court Enforcement Officer which would speed the process up for them and help to alleviate the backlog.”

There has been some hope for landlords in the last month or so, as exemptions for evictions have been granted by judges at hearings because every rent arrears case is more than six months.

“The problem is we have not heard anything from the court service that there is going to be any further investment in bailiff recruitment. Whilst there is a continued need to protect tenants who have been severely impacted by the pandemic, many landlords feel the debt has simply been shifted to them, the majority of whom cannot afford to go on.” added Shamplina.