The development, which is being developed in partnership between Notting Hill Genesis and Oakfield, will feature more than 200 newly built flats, designed by CZWG Ltd, the architectural practice of Piers Gough and Adam West.

NWX Residences provides a selection of one- and two-bedroom flats, all with balconies, in two new buildings, Ambrose House and Easton Court, which are sure to appeal to young professionals. 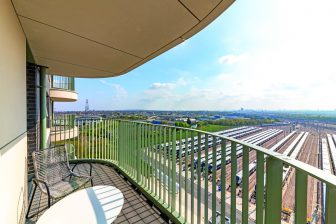 Oaklands Rise is a part of the North Acton and Park Royal Regeneration Zone, also known as the Old Oak Common Regeneration Area of Willesden. Once complete it is set to provide more than 45,000 new homes and commercial facilities, creating what is being marketed as a “New West End” for London.

Dexters is increasingly focused on the Build to Rent sector, which is forecast to grow dramatically in London over the next few years.

According to the British Property Federation the sector will grow by 30% per annum over the next few years and by 2025 the UK BTR industry will have an estimated valuation of £75bn.

There are currently over 14,800 completed and tenanted BTR properties in the capital, with almost 20,000 in the construction or planning pipeline, in a city with over 3.56 million dwellings in total, underlining the huge growth potential of the sector. 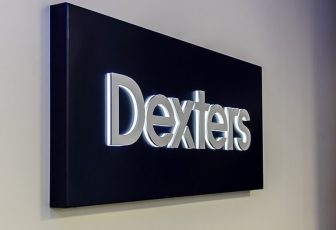 Lee Liasi, managing director at Dexters, said: ”The launch of the new NWX Residences Build to Rent apartment scheme within Oaklands Rise is part of the ongoing creation of London’s “New West End” in the North Acton-Park Royal regeneration zone.

“Available to let unfurnished or furnished, the apartments are ideal for the next generation of Londoners – the so-called Generation Z and Millennials – who often prefer to rent rather than purchase and include young professionals, singletons, young couples and key workers.”