In an outstanding fund-raising effort, Connells Group colleagues have raised £48,395 for victims of the Ukraine crisis.

With staff fundraising being matched by the company, Connells Group says it is proud to donate a total of £96,790 to the British Red Cross Society’s Ukraine Crisis Appeal.

Teams from across Connells Group fundraised throughout March, kick-started by a company-wide ‘Blue and Yellow Day’ on Friday 11th March, where branch, support centre and head office colleagues dressed in blue and yellow to support those affected by the ongoing humanitarian crisis.

Staff also created blue and yellow window displays, hosted quizzes and raffles, took part in Group-wide exercise challenges and much more to support the cause.

Connells Group CEO David Livesey, says: “We’ve been deeply concerned by the humanitarian crisis in Ukraine and wanted to do our part to get much needed funds to those that need it at this time.

“Alongside other company initiatives to support the cause, I’m hugely proud of our colleagues who have come together and raised an incredible amount for others in their time of need. I want to thank them all for their time, efforts and generous donations.”

Below are photos of some of the Connells Group staff: 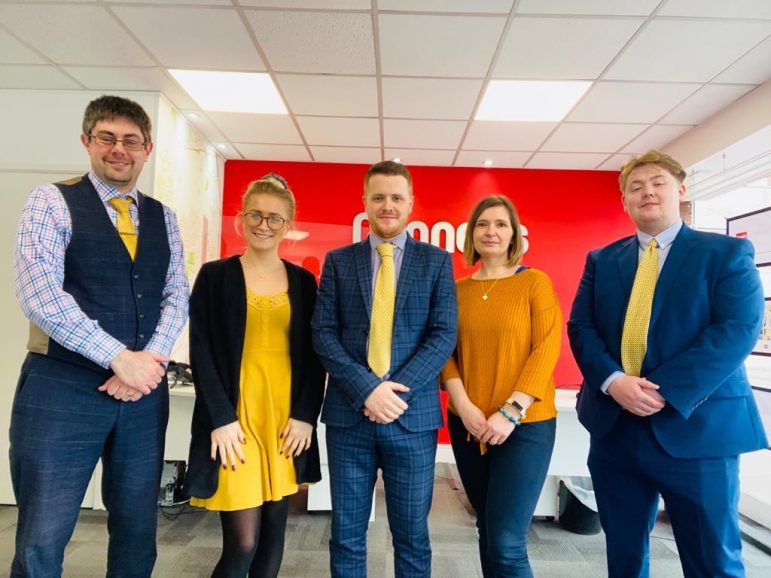