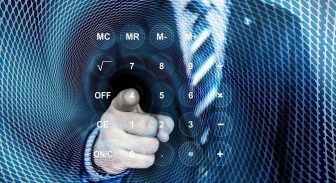 According to analysis by Capital Economics, scrapping the stamp duty surcharge would boost housing market activity by encouraging investors to invest in properties and that would in turn help meet the growing demand for rental homes and drive up transaction levels.

The economic consultancy believes that removing the 3% levy would see almost 900,000 new private rented homes made available across the UK over the next ten years.

Mortgage interest relief changes, the scrapping of the ‘wear and tear’ allowance and the introduction of the 3% stamp duty surcharge have hit landlords’ profits over the past few of years, which partly explains why so many people are exiting the BTL market and thus reducing the supply of much needed private rented stock.

The government’s draconian tax changes have not just pushed a number of BTL landlords out of the PRS, but have also left prospective tenants in some parts of the country with little alternative but to bid against each other, pushing rents up in the process, as a result of falling housing supply.

Given that renting privately is the first housing tenure most young people enter when they leave home or university, demand will only increase as the 15-24 cohort in the population is forecast to grow between now and 2030 by 866,000, or 11%.

Capital Economics suggests that without changes in tax or other policies, the private rented sector stock will decrease further by over half a million properties over the next ten years.

But it says the government could reverse that trend and benefit to the tune of £10bn through income and corporation tax receipts if it scrapped the stamp duty levy on the purchase of homes to rent out.

Also, Capital Economics notes that these revenue streams would continue over the decades that follow, so long as the landlords do not later sell all these properties.

The National Residential Landlords Association (NRLA), which commissioned the research, calls on the Rishi Sunak, the chancellor, to adopt this proposal amidst a chronic shortage of homes to rent, when he delivers his spring statement to the House of Commons on Wednesday 23 March.

Ben Beadle, chief executive of the NRLA, said: “The government needs to wake up to a crisis of its own making. Taxing landlords out of the market serves only to cut supply, increase rents and make home ownership more difficult to afford.

“The evidence clearly shows that the supply of rented housing is declining as demand increases and will continue to do so. The government is taking a blinkered approach to the issue, which is not helped by its reluctance to admit mistakes it has made in the past.

“It makes no sense to tax the supply of new homes supplied by landlords investing in new build or bringing empty homes back into use. As this study indicates, removing the tax will actually generate more revenue, not less.”