Plans to boost the economic recovery, including extending the stamp duty holiday, has been announced in the Budget. 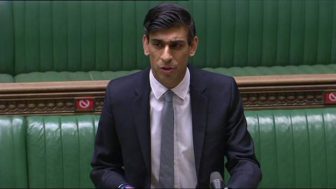 Rishi Sunak has confirmed that the stamp duty holiday will be extended until the end of September.

The chancellor announced that the up-to-£500,000 “nil-rate band” for stamp duty will finish at the end of June, rather than the end of March, as planned. It will then be tapered until September.

Consequently, until 30 June 2021, no stamp duty will be charged on a residential property bought for up to £500,000. This covers the majority of houses and flats in the UK.

Sunak had been under growing pressure to extend the deadline amid concerns it was creating a cliff-edge and risked thousands of buyers pulling out of transactions if they missed the now previous deadline of 31 March for the tax break.

Nick Leeming, Chairman of Jackson-Stops, commented: “It is excellent news that the chancellor is extending the Stamp Duty holiday in this way, thereby saving thousands of transactions that are currently at risk due to the logjam in the market and reducing the potential of another cliff edge later this year.

“The announcement of a phased approach to the holiday’s end until September is particularly welcome at this point in the year as we enter a traditionally active period in the market. This will provide certainty to buyers over coming months and will safeguard against transactions falling through in a few months’ time, giving the market the best chance of thriving in the long term.

“The stamp duty holiday has been incredibly effective in supporting the market through these challenging times. Our research shows that there are now 16 buyers chasing every available property*. This demand has in part been driven by stamp duty relief, as well as buyers’ reassessing their property needs to better accommodate changing lifestyles.

“Today’s extension will also help protect thousands of jobs which rely on the property market, including tradespeople, removal companies and suppliers of white goods, at a time when economic conditions remain tough. My hope is that this budget is now followed up by a progressive approach to taxation and reform which will support a thriving property market for years to come.

But Mark Peck, director at Cheffins, is not so impressed with the extension of the government’s stamp duty holiday announced today.

He said: “Whilst the extension to the stamp duty holiday will be welcomed for those with property sales already agreed, the government here is simply kicking the can down the road with chaos set to ensue once the tax break comes is reduced in June and tapered until September.

“The pressure on the property industry since the announcement of the stamp duty holiday has been immeasurable and this extension will simply continue to add to the strain already being felt by both buyers and sellers as they look to complete on sales before the end of the tax break.

“Whilst the chancellor has attempted to manage this with the tapering system until September, the property industry will need to brace itself for further pandemonium throughout the summer months. Whilst the stamp duty holiday certainly allowed the property market to continue with full force throughout the coronavirus pandemic and ensure that property sales continued at a fast pace, it has created an unhealthy scenario with values increasing at unsustainable levels within a short space of time.”

In addition, the chancellor announced that first-time buyers will get a “government guarantee” on mortgages, with a deposit of 5%. Many big lenders are already backing the scheme, according to the chancellor.

The new mortgage guarantee scheme is designed to help more first-time buyers onto the housing ladder.

The aim is to stimulate the housing market, get more younger people onto the housing ladder, and increase property transactions; good news for agents.

Mortgages with 5% deposits have been stopped by most banks during the Covid pandemic.

The chancellor will incentivise lenders to provide mortgages to first-time buyers, and existing homeowners, with just 5% deposits to purchase properties worth up to £600,000.

Iain McKenzie, CEO of The Guild of Property Professionals, commented: “The chancellor gave the property market a double shot in the arm today, with a boost from the stamp duty holiday extension and 95% mortgages.

“Extending the stamp duty holiday until the end of June, then phasing it out until September should help avoid a sudden downturn in prices caused by the much-feared cliff-edge end.

“With the zero-rated stamp duty limit extended to £250k until the end of September and the average UK house price being £252k, it means that thousands of people can benefit from this incentive – particularly first and second-time buyers.

“The government is really looking to turn Generation Rent into Generation Buy.”

Tomer Aboody, director of property lender MT Finance, said: “The stamp duty holiday extension is welcome and will ease the logjam many are facing. The gradual tapering of the return to the £125,000 nil rate band by 1 October should also help avoid the cliff edge that many feared we would have with a sudden cut-off point.
“With further assistance towards those with a small deposit by backing 95% mortgages, the government will indeed help turn Generation Rent into Generation Buy, encouraging would-be purchasers to get on the ladder. The chancellor recognises the importance of the housing market to the wider economy and is doing all he can to support it.”

There was no mention of capital gains tax in the Budget prompting speculation that the government will announce an increase at a later stage. The government will publish a number of tax-related consultations and calls for evidence at the end of March.

With government debt at a record high, it has been rumoured for quite some time that CGT rates would increase, as part of wider changes to taxation.

The move has the potential to bring in an extra £14bn by reducing exemptions and doubling rate.

But the chancellor did announce that the rate of corporation tax will rise to 25% in 2023, but with protections for smaller businesses.

Anna Clare Harper, chief executive of asset manager SPI Capital, said: “The increase in corporation tax to 25% will feel like intimidating news for many business owners and investors, including property investors. However, the good news is that smaller businesses, including many property investors, will benefit from the small profits rate of 19%.”

Sunak says the says the Office of Budget Responsibility are now forecasting a “swifter and more sustained recovery than expected”.

Other key measures announced by the chancellor today:

+ A freeze of the income tax personal allowance from next year until 2026, with a freeze in the higher rate threshold over the same period

+ Minimum wage to increase to £8.91 an hour from April

+ Incentive grants for apprenticeships to rise to £3,000 and £126m for traineeships

+ VAT rate for hospitality firms to be maintained at 5% until September. Interim 12.5% rate to apply for the following six months

+ £5bn in re-opening grants for non-essential businesses worth up to £6,000 per premises