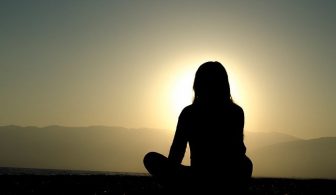 Christopher Cox, from Cranleigh, in Surrey, is alleged to have posted adverts on Craigslist, a classifieds website, looking for young or homeless women.

Last year, legal guidance on “prostitution and exploitation of prostitution offences” was changed to make offering tenants rent-free accommodation in return for sex a criminal offence.

The charges arose out of an investigation by ITV researchers, passed to police in 2019, which resulted in further criminal enquiries.

Cox made no indication of plea to the first two charges of inciting and controlling prostitution for gain, and pleaded not guilty to the third charge he faces. He will remain on unconditional bail until his next hearing at Guildford Crown Court on 25 March.

Peter Kyle, shadow minister for victims and youth justice, is among those who has long campaigned on the issue and called for landlords who offer accommodation in exchange for sex to be prosecuted.

The Labour MP said: “This government has failed to protect victims despite years of hard work by campaigners.

“The government must work with the police and criminal justice system to increase enforcement against this form of sexual exploitation.”