Board of the Week – and it’s a plant.

In fact, it is the horticultural version of saying: “This board’s been up since the dawn of time.”

That could be unfair because although we would need Monty Don to be certain, we suspect it’s Russian Vine – variously known as Rushing Vine and Mile-a-Minute because it grows so fast.

It doesn’t so much grow a grape as grow a rate.

It might have been there only since yesterday, but next thing you know, it will have smothered the For Sale wording completely, climbed up the lamp post and crossed the road.

However, for the moment, it just looks as though the board has been there rather a long time.

And just the thing to be captured on camera by a passing competitor.

Which, as you’ve guessed, is exactly what happened. 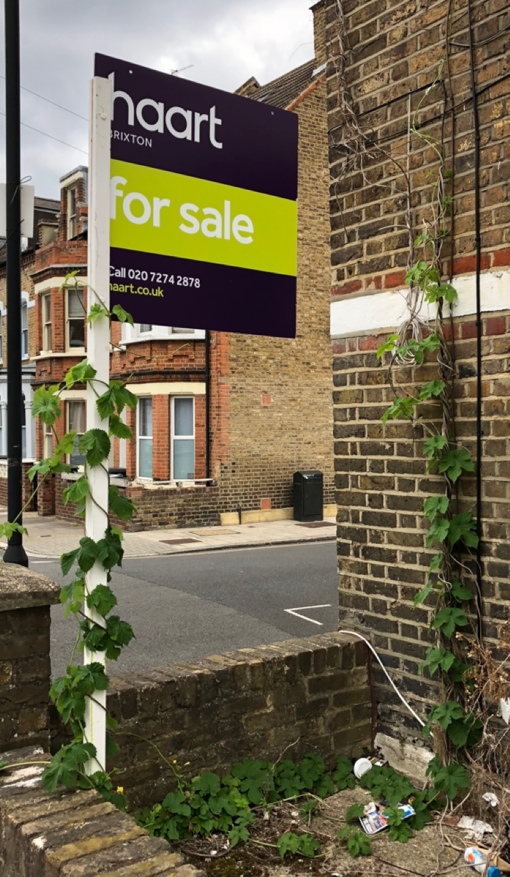