A drone apparently hired to photograph a home for an agent’s particulars has crashed into the property next door.

The incident caused little harm other than damage to the roof of the neighbouring property in south London, before falling to the ground.

However, luck may have played a part with no children playing in the family garden at the time of the incident last Saturday. It appears there had been an outdoor family event a little earlier that day.

The incident has caused considerable concern, the BBC reported yesterday evening in a story it flagged up as “flying out of control”.

The owner of the neighbouring property, which has been left with a hole in the roof, said that it could have been a different outcome had children been in the garden.

Ilona Davidson says she is keeping her own small child inside for now.

Apart from safety issues, she said that she is also uncomfortable with a drone flying over “a personal, private space”.

The drone, doing work for an unnamed agent, was said to be piloted remotely by someone with the correct Civil Aviation Authority licence. The BBC named the company behind the drone as Media Picture and said the company had no comment. Media Picture stresses that all its pilots have correct authorisation, and are experienced and careful.

The incident reignites concerns about the use of drones, used by some agents to take aerial photography, particularly where drones are used over built-up areas.

It is understood that there will be an investigation. 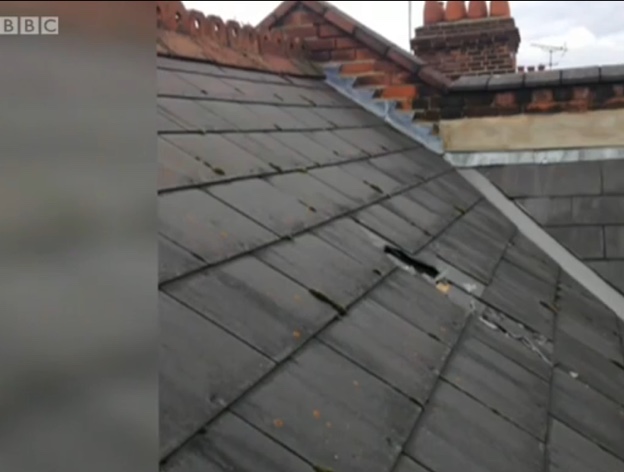 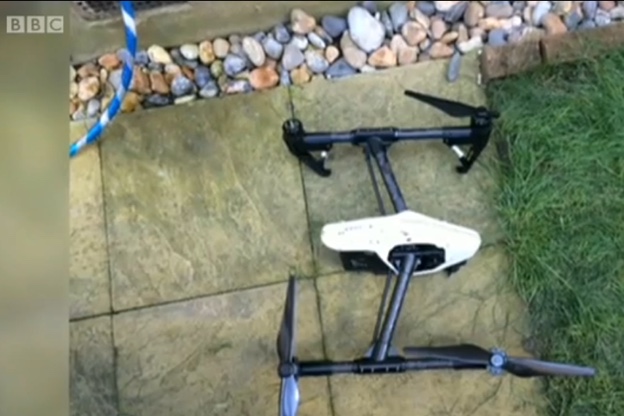 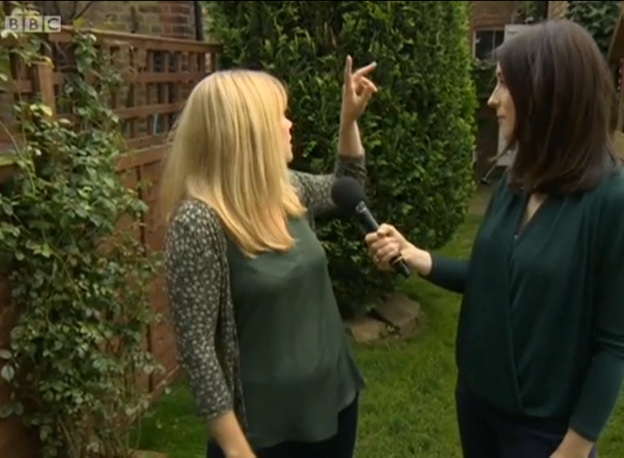