Two agents and their directors have been hit with fines totalling £106,000 for letting out an unlicensed property.

The property, in the King’s Cross area of London, was said to have “numerous safety issues”.

Another firm, Roomshub and its director, Liv Meijer, 27, were also fined.

The prosecution followed Camden Council officers carrying out several visits to the Acton Street property in May 2019 after it was identified as an unlicensed House in Multiple Occupation (HMO).

Officers found that the flat’s kitchen diner had been improperly partitioned to make the two-bedroom flat a four-bedroom property that was home to five residents.

They found that damaged wiring to a washing machine was left exposed in the property’s bathroom and the fire alarms and fire escapes from the property were inadequate.

The court found Simple Properties Management guilty of operating an unlicensed HMO and breaching safety regulations, resulting in a fine of £40,000 plus a £30,000 fine for Cespedes.

Simple Properties London and director Ferrin both pleaded guilty to operating the unlicensed HMO in Acton Street and were each ordered to pay fines of £18,000.

Roomshub, described as a third party involved in the letting of the property, and its director Meijer were each fined £2,500 for not complying with a Camden Council notice requesting legal information.

A Camden Council spokesperson said that the sums quoted were for fines only, excluding any order for costs.

Cllr Meric Apak, cabinet member for better homes at Camden, said: “Around a third of Camden residents rent from private landlords and they deserve to live in properly regulated and safe homes.

“The prosecution we have seen in this case is a last resort. Our message to landlords and letting agents is that we are here to work with you.”

The council is currently planning to renew its licensing scheme.

Below, the entrance to the bathroom 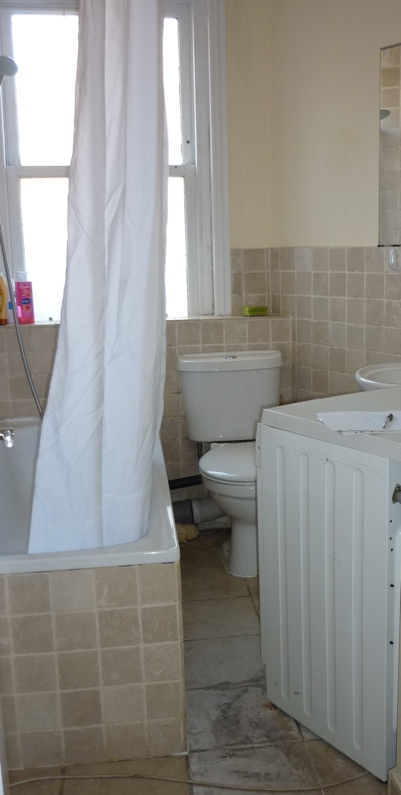