A case that has been informally resolved by the advertising watchdog could have far-reaching implications for some agents as to how they use the words “sold” and “sales”.

The ASA made it clear to the agent involved that it should not use these terms if the homes are subject to contract.

A complainant told the advertising watchdog of claims made by agent Springbok Properties.

The firm, which claims to have sold 5,500 homes all over the UK, specialises in quick sales.

It has one branch, in Manchester, but operates nationwide.

The complainant challenged whether the following claims could be substantiated:

The Advertising Standards Authority checked the data provided by Springbok Properties, and found it supported the figures quoted about properties sold.

An ASA spokesperson told us: “However, we had other concerns and the advertiser agreed to make changes.

“In particular, they agreed to make clear that the properties referred to were sold ‘subject to contract’ and they agreed to confirm the time periods the figures related to.”

Regarding the third challenge, Springbok Propeerties agreed to make it clear that it was allAgents that had made the award.

Yesterday this was how the Springbok Properties site looked. 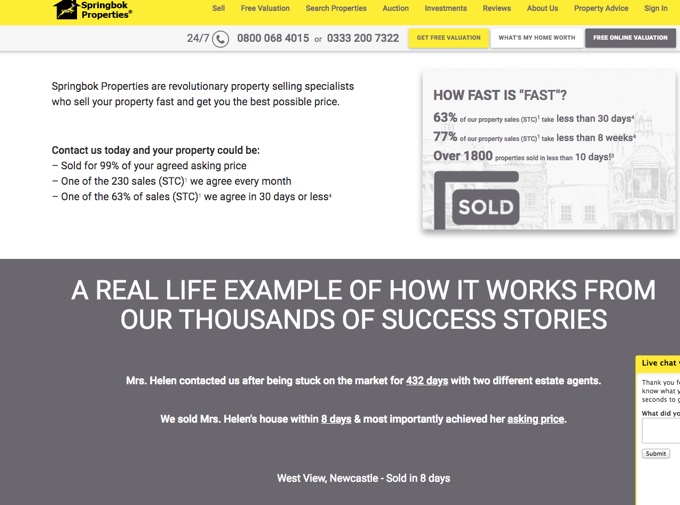