Pent-up demand, coupled with the prospect of saving up to £15,000 in stamp duty, has created a buoyant property market, placing upward pressure on house prices. 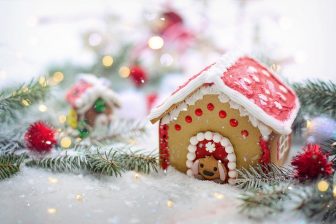 Activity levels traditionally drop off in the run-up to Christmas, but the stamp duty holiday could turn that on its head this year.

“We are bracing ourselves for a frantic festive period, and for house prices to potentially rise even further over Christmas,” said David Westgate, group chief executive at Andrews Property Group.

House price growth rose to 6.5% in November, which is the highest rate since January 2015, according to Nationwide’s latest house price index.

Sam Hunter, chief operating officer of Homesearch, commented: “It’s really no surprise that the latest set of data from Nationwide is showing such a significant annual increase, because it’s only probably now that we’re starting to see the impact of Rishi Sunak’s stamp duty holiday unfold.

“As the Nationwide’s data is collected at the post survey approvals stage, these figures are based on deals agreed after July and therefore represent market sentiment as a direct consequence.”

The property market has enjoyed a second, third and now a fourth wind to take prices to a five-year high, driven by unseasonally strong demand at a time of year that normally sees transactions tail off.

Nicky Stevenson, managing director at national estate agent group Fine & Country, said: “The festive season normally presents a big bump in the road for the property market but, for the first time ever, Christmas is cancelled.”

Stevenson added: “The way valuations have defiantly continued to climb is characteristic of an environment in which buyers are regularly having to bid against more than one opponent across a wider variety of homes than usual.

“However, a chill may be just around the corner.”

Lucy Pendleton, property expert at James Pendleton, commented: “There’s no point looking for a Santa Rally in the housing market this year, the Rishi Rally has already beaten him to it and his star isn’t ready to fade yet.

“November’s performance has crystallised a growth streak that was only possible after so many planets aligned to underpin it, from circumstance to government intervention. That will have done wonders for consumer confidence in difficult times.

“The fact that house price growth will soften in the first half of 2021 is possibly the worst kept secret in property but significant, outright falls are not a done deal.

“There has been some speculation that house prices will decline next year by 8%, roughly in line with the dent made in GDP this year, but the market may yet defeat those forecasts.”

Some commentator had expected the month-long Covid-19 restrictions to restrict property price inflation, but that simply did not happen.

“Transaction rates are through the roof and news of a vaccine has further boosted the confidence of sellers and buyers alike – with no signs of activity slowing down before the end of the year.

“People will inevitably start to question how long this can all last. However, things aren’t just going to grind to a sudden halt with the stamp duty holiday ending. Demand for moving home is greater than ever and the government has already indicated that it will do whatever it takes to keep Britain moving in 2021 and beyond.” 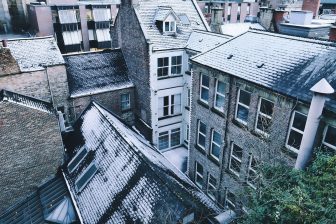 The market will continue its march, until next March, at the very least, according to the managing director of Enness Global Mortgages, Hugh Wade-Jones.

Wade-Jones said: “Despite many lenders reducing their range of products, we continue to see tidal waves of buyer demand crash against the shores of the UK property market in the form of mortgage approvals.

“However, we’ve also seen enough time pass for this demand to filter through to positive transactional movement as the market continues to defy all forecasts and move against the wider economic grain to provide further evidence of positivity.

“There will be many media commentators who will be searching far and wide for the market downfall they’ve continued to prophesise since Covid hit. Unfortunately, all they are likely to find is a stash of hidden Christmas presents.”