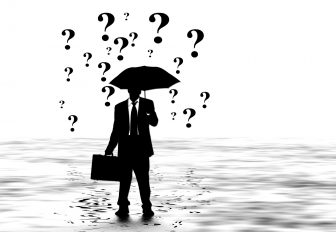 The Centre for Public Data (CFPD) has published new data on the quantity of properties in England & Wales owned by individuals based overseas.

The CFPD says that gaps in published official data hamper our understanding of purchases by overseas buyers – a purchasing sector that is sometimes identified as being in part responsible for rising house prices.

Via Freedom of Information (FOI) requests, CFPD obtained previously unpublished data from HM Land Registry on the number of property titles owned by individuals with an overseas correspondence address.

247,016 titles across England & Wales are now registered to individuals with an overseas correspondence address, nearly 1% of all registered titles.

This has more than doubled since 2010, when such individuals owned around 0.4% of titles.

The individuals’ registered titles are now more than double the number registered to overseas companies (94,712 titles), suggesting that individual purchasers are an increasingly important factor in the UK property market.

Three-quarters of the titles are registered to individuals with addresses in just twenty countries, with the main groups being the Crown dependencies and British Overseas Territories (Jersey, Guernsey, Isle of Man and the British Virgin Islands), South-East Asia and the Middle East, and English-speaking countries.

The growth in titles registered in Northern cities like Liverpool, Manchester, Salford and Leeds has also been notable, particularly since 2016.

Previous studies of the effect of such buyers on local markets have been limited, based on small samples or anecdotal evidence and the CFPD says that the purpose of its work is to enable more systematic and better informed work on affordability, which they hope will support better-evidenced policy responses.

It is recommending a number of measures to improve data availability in a range of areas, including:

1. The Government should prioritise the Draft Registration of Overseas Entities Bill (to which it has already committed), which will create better data on the nature of property owned via overseas corporate structures;

2. The Government should progress its proposed measures to create a public register of options and contracts over land;

3. The Government should improve published official data on the count and location of buy-to-let mortgages;

Further information about the data can be found on the CFPD website.