I often used to tell people that if they wanted to deal with Foxtons they should buy a ‘pay as you go’ phone, conduct all communication with them via that phone and, when the transaction is over, throw away the phone.

This would be the only way to avoid having a Foxtons operative call you every two months for effectively the rest of your life to enquire as to what might be going on in your property world.

Now, whilst making those comments tongue in cheek, there was a hint of admiration given that Foxtons were one of the first estate agents to recognise that mining data points, i.e. everyone who has ever interacted with the company, is by far the best way to get listings and make money.

This has been amply proved by their track record – and don’t be fooled by the share price: for a company that makes the cash they do, it looks cheap.

Many agents have sought to follow, and it’s a sad commentary on the industry that the majority of proprietary software produced over the last 20 years hasn’t made this at all easy.

Most systems were produced to match, not commercialise, and it’s now clear that one route to future profitability is to capture and utilise this data.

If you want to do it better you need more people digging, yet most companies have a finite resource, so how do you spend your money?

Talking of this, I thought I’d try an experiment last week.

Twelve gave their top answer as “showing houses” while the same question put to estate agents yielded 75% of them replying “getting deals through”.

Furthermore, talking on live radio on Saturday, the host’s opinion, and that of many others I’ve spoken to, tallied with my own insofar as – apart from a small minority open to persuasion – most people have “bought” a property within 30 seconds of seeing it for the first time.

Buying property is an emotional process. Estate agents know this – and little they say or do will make a difference in influencing a buyer’s choice.

To this end, surely future estate agents will look different from the way they do now.

To my eyes, apart from portal advertising replacing print, not much has changed since I started in the late ’70s, and if the public’s perception is that all we do is show properties, then that’s a sad indictment on what we actually do.

What agents actually do is infinitely variable, but always vital, according to the vagaries of each deal, and the fact that the public still doesn’t get that makes the case of the high street agent trying to defend themselves against digital threats that much more difficult.

The perception (propagated by many a competitor) that agents are paid for simply showing people around IS a widely held view, like it or not. Knowing it’s NOT true doesn’t seem to make it go away.

With the vast majority of agents characterising themselves as high street, they need to educate the public and learn from the threats.

Human evolution has tended to work by learning from mistakes, but how many more can the agency world not afford to learn from? 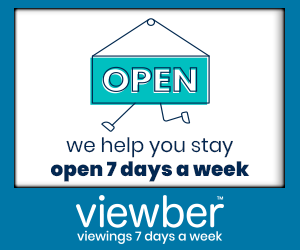