The email, dated June 15, contained no message but had an attachment – a photo (below) of a car which had crashed into the firm’s Shoreditch head office.

One insider said: “The uncertainty was crippling, so having the MD confirm everyone’s worst fears was the final straw for some.”

Stirling Ackroyd was founded in 1986 by James Goff, a charismatic figure, who died last September after a long battle with cancer. Despite his illness, it is believed he had kept trying to run the business until the end.

By then, HMRC had lodged a petition to get the well-known London firm wound up – with the petition withdrawn two months later.

By the time of the founder’s death, the Goff family knew that the business would have to be sold in order to settle its debts.

Yesterday, it was announced that Nick Dunning Associates – a company launched last year and run by a team of former Countrywide seniors – had acquired Stirling Ackroyd.

While the announcement only referred to the London firm’s lettings book and six branches, the acquisition does include the commercial and residential sales parts of the business.

The announcement also praised Stirling Ackroyd for its success and strength, but did not mention its business woes.  Nick Dunning said in yesterday’s original announcement: “We are very excited about this acquisition and delighted to be able to make this announcement. Stirling Ackroyd is a well-known and successful agency in London with a committed and loyal team behind it.”

Questioned by EYE about the claims regarding Stirling Ackroyd’s success and what it had actually bought, yesterday evening, Nick Dunning Associates confirmed to EYE that it had only bought assets of the company.

EYE was told: “Stirling Ackroyd agreed a company voluntary agreement (CVA) at the start of 2017. As part of that arrangement, the senior management team at Stirling Ackroyd explored and negotiated its options for taking the business forward, including the sale of assets.

“Nick Dunning Associates has bought the assets – Stirling Ackroyd’s branch network and the lettings book which has more than 1,400 properties.

“The asset purchase effectively takes Stirling Ackroyd out of the CVA.”

Stirling Ackroyd was an early high-profile joiner of OnTheMarket, but made an early exit. The reason, it now emerges, could have been as mundane as that it joined but did not pay, painting a picture of a superbly successful agency but in its latter days run by a very ill man.

Goff’s estate agency son Barney, who is understood to have been with Stirling Ackroyd for a short while last year, has since co-founded a new agency called Sans Pere – French for ‘without father’. 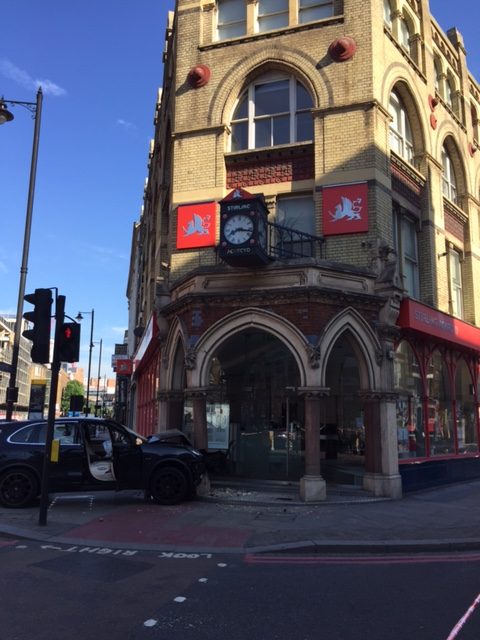