The announcement was made before yesterday’s You and Yours programme, which criticised another tenancy deposit scheme for not offering an appeals process.

The announcement also preceded yesterday’s fire which completely wrecked the TDS’s offices. While the organisation has back-up procedures and records are safe, email and telephone systems are likely to be down for some days,

The TDS has recruited experienced mediator and disputes researcher Margaret Doyle to the role, which will involve looking at the way TDS has investigated complaints about its service in order to ensure that the process has been fair and transparent, and that the issues raised have been properly considered.

Doyle is a visiting research fellow with the UK Administrative Justice Institute at the University of Essex.

She has served as a non-executive director of several ombudsman schemes for the legal and energy sectors and is a consultant trainer on the Queen Margaret University Certificate in Ombudsman and Complaint Handling Practice course.

Steve Harriott, chief executive of TDS, said he introduced the role to bolster the scheme’s transparency to members and the wider private rented sector.

He said: “We take any complaints about our service very seriously and strive for the highest standards of complaints handling practice.

“If a complainant remains unhappy about TDS’ response to their formal complaint about an adjudication decision or other aspect of TDS’ customer service, they can escalate it to the independent complaints reviewer.

“This role does not make Margaret a TDS staff member but someone who is appointed by the TDS board to take an independent view of complaints and report annually to the board on their work.

“As the only not-for-profit deposit protection scheme operating in England and Wales, TDS is committed to a programme of continuous investment in our systems, processes, people and service. Margaret’s appointment is part of that ongoing strategy and we are proud to have her on board.”

Doyle said: “Having an independent and impartial outside reviewer is a key process for demonstrating robust arrangements exist for ensuring that customer complaints are dealt with well and that complainants have the opportunity for review by someone outside of TDS.

“It is also designed to help TDS learn lessons from complaints and to help improve service provision.” 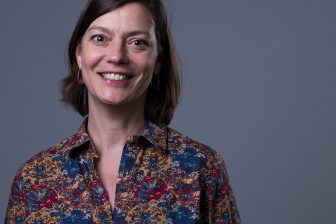