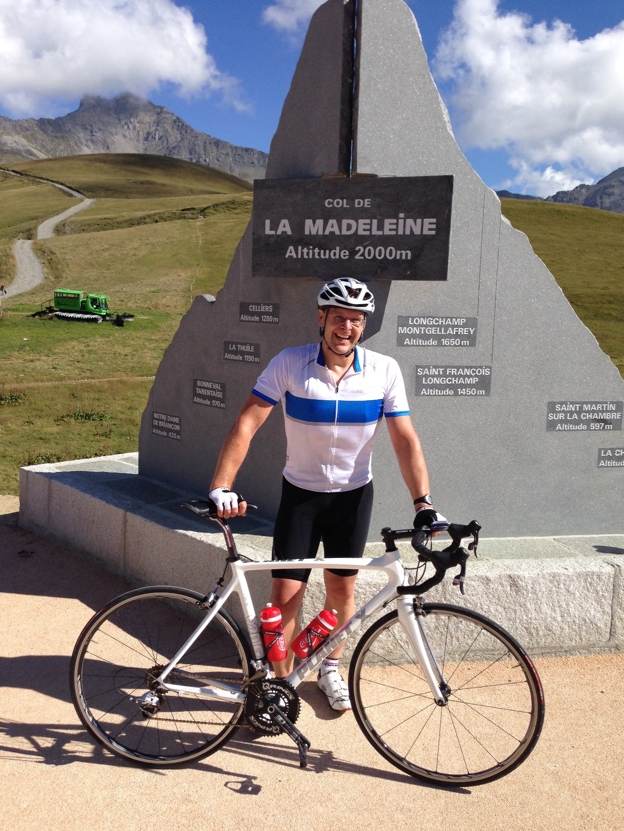 Richard Neale, pictured, has just returned from an epic cycle tour of the Alps in aid of charity.

His efforts were supported by a generous grant from the Rightmove charitable fund which is administered by industry charity Agents Giving.

Neale, director of Martin & Co in Guildford, cycled over 250km on his four-day adventure across the Alps, traversing both France and Switzerland on mountain paths.

The agent did it to raise money for the charities Cancer Research, Help for Heroes and Oakleaf – a mental health charity in Surrey. He is still totalling up his donations but so far he has raised over £2,300 and hopes to have another £2,000 to add to this sum.

He used the Rightmove fund in order to cover some of the costs he incurred on his trip – boosting the amount that eventually goes to charity.

Rightmove launched the £100,000 fund earlier this year to offset the costs of fundraising events, such as equipment and travel, to maximise the amount that can be donated to charity.

Last night, Agents Giving held its first fund-raising ball – a glittering and well-attended affair in central London. There was some superb opera singing from a couple of “waiters”, including Jo Weeks, while Bobby Davro brought the house down with his very funny, totally politically incorrect humour. No doubt there will be many more such Agents Giving nights to come and many congratulations to Peter Knight and his team for the organisation of this one.