Ministers have yet again rejected calls for it to be made mandatory for all letting agents to hold Client Money Protection insurance.

Housing minister Brandon Lewis said in a letter to John Midgley, chair of SAFEagent: “I have no plans to make CMP compulsory.”

The rejection comes as yet another scandal is confirmed, this time a letting agent’s admission of guilt in a £70,000 fraud. See story above.

Lewis made his refusal to consider regulation in response to a request by SAFEagent for the Government to introduce an amendment to the Consumer Rights Bill to make inclusion in a CMP scheme mandatory for all lettings and management agents.

Midgley said: “We are disappointed and will continue with our campaign to which 3,000 lettings agent offices have already signed up.

“We are pleased that the Minister recognises the contribution the SAFEagent makes to consumer protection and we will continue with our efforts.”

He added: “We are delighted to announce that the largest lettings agency in the UK – Countrywide – has recently pledged its support and commitment to SAFEagent.

“With 425 lettings branches nationwide, this will add considerable weight to our campaign.”

Yesterday, Labour’s Baroness Hayter argued unsuccessfully in the House of Lords for an amendment of her own to the Bill, using the case of Roy Jackson, which had been sent to her by Eye.

However, last night the baroness said she has not given up and issued a rallying call.

She told Eye: “I’ve told the Government we will bring it back at Report [stage] when we should be able to push it to a vote.

“But we will need crossbench peers to win. Hope you can all put lots of pressure on them.” 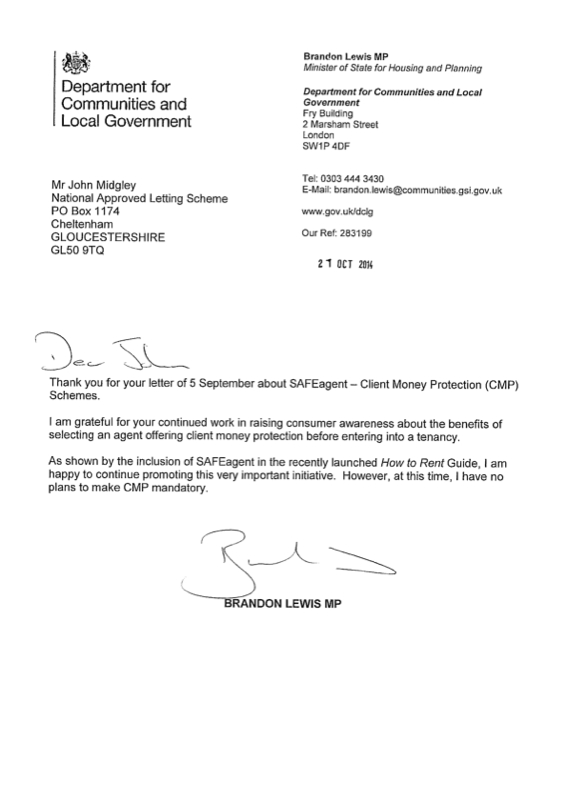