Building society approvals rose 20% in the second quarter, according to new figures from trade body the Building Societies Association.

The BSA said: “The figures show that societies maintained their strong mortgage market share, following the surge in transactions in the previous quarter to beat the change in Stamp Duty at the start of April.

“During the second quarter, activity may also have been affected by the EU referendum at the end of June.”

BSA chief economist Andrew Gall added: “It remains too early to tell how confidence in the housing market will be affected by the decision to leave the EU, but it remains business as usual for building societies.”

* Separately, take a look at the graph showing Rightmove new listings compared with mortgage approvals for house purchase data, covering both building societies and banks, as released by the Bank of England. The graph shows just how closely house purchase approvals and newly marketed properties track each other in pattern – but why? Presumably the majority of approvals relate to properties marketed earlier. 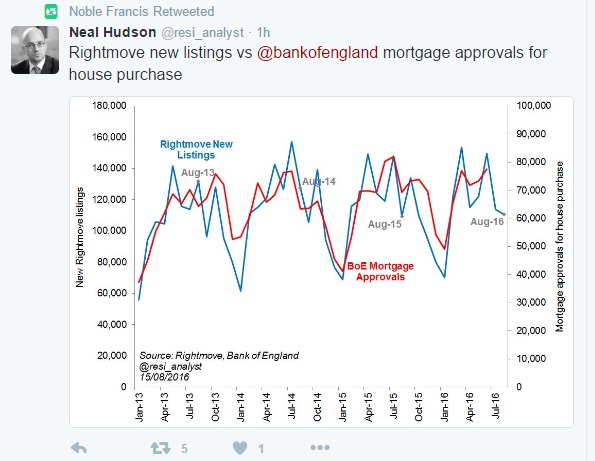